Editor’s Note:  With this article, Paula Morris – the former Newbie in Graham – becomes a regular columnist for the Mountain News.  Paula felt that since she has been in Graham for over a year she can no longer claim newbie status, and we concur.

Since moving to Graham from Illinois, I have had the great fortune of meeting many lovely ladies.  Several of these, including myself, have formed a book club that meets once a month to discuss a particular book and share a meal, drink a little wine, and enjoy each other’s company.  This month’s book was:  “Death of the Liberal Class,” by the former New York Times foreign correspondent, Chris Hedges.

Earlier this week, as I was driving home from the grocery store, I was blocked by a tractor sitting in the middle of our neighborhhood’s access road.  The man driving the tractor was someone I have seen doing gardening work for one of the residents.

As it was impossible for both tractor and my car to fit on our one lane drive, it became necessary for both of us to move over a bit and allow the other to pass.  In doing so, we had the opportunity to greet each other and chat a bit.

I complimented him on the nice work he had been doing to the neighbor’s yard.  He thanked me and informed me that this was just an odd job that he was doing because he knew the neighbor from way back.

I asked him what he usually does and that was when I heard his story.  He was a construction worker who got laid off, went on unemployment and subsequently has now run out of benefits.  He is still unable to find construction work, so is doing whatever he can to make ends meet.

He told me that he and his wife have had to move from their large home with a three-car garage, to a small two-bedroom bungalow with no garage that they are renting.

This got me thinking about the book I just read for book club.

Chris Hedges writes about the fact that the “liberal class, who was supposed to be our (society’s) safety valve, has become cornered and weak, and is engaged in the politically safe game of attacking barbarism, communism and Islamic militancy rather than attempting to fight the mounting injustices and structural abuses of the corporate state.”

He says: “We naively believe in law despite corporate control of Congress.”

As a result, we have Congress defending large corporate interests, perpetual war, and Wall Street, and relegating our farmers, factory workers, construction workers to the trash heap.

The liberal class has turned coat and gone to bed with the large corporations.  Why?  Because they have been co-opted by money!

No one is advocating for the average citizen.

My sister has a story that illustrates this dynamic at work.  She worked for a large medical insurance company.  Last year, this company decided to “outsource” their billing and underwriting departments to India.

My sister watched as one by one everyone around her was laid off.  She had the distasteful job of actually training the group of workers from India who would replace her and her department, who by the way, would be receiving less than a quarter of the pay my sister did for the same job.

Anyway, our book club has a variety of age groups represented.  We range from 20’s to 60’s.  One common theme was voiced by all of us:  What can we do to address the many issues facing us right now?  Most of us verbalized feelings of helplessness.  We discussed how the media distracts us with “infotainment” rather than news.

We have rising food and fuel costs, unemployment with increased outsourcing of jobs, more and more people without healthcare, wars, climate change and environmental disasters, increasing political corruption, corporate take-over of the globe, two political parties basically saying the same things, increased invasion of privacy, and on and on.

Hedges book discusses revolution versus rebellion.  We wondered what either of those might look like.  We decided that we can “rebel” individually against an injustice happening right now, or we can form a unified front again injustice and fight to change the whole system.

In other words, form a revolution.

After enjoying vegetarian tacos, hummus with pretzel chips and strawberry cream cheese pastries, we couldn’t decide on a single thing except to have another glass of wine.

Nevertheless, future conversations on these issues are planned with the ladies in my book club.

People talking to each other, discussing creative ideas and mulling them over – these are the things that are needed in order to sustain each other and our communities.

As for myself, I have been addressing these concerns on blogs for years, and have become frustrated beyond measure.  The powers that be are deaf dumb and blind to us!

The standard calls to action – writing letters to the editor, calling our representatives in Congress, and candle-light vigils – have all been met with silence.

A major protest that I participated in on the Eve of the Iraq War shut down Lake Shore Drive in Chicago for several hours, and attracted the attention of several police and news helicopters.  However, the event was reported by Big Media as only “several hundred people were marching,” when in fact there were over five-thousand people according to several alternative news sources.  My conclusion is that major media is complicit with corporate interests and government blackouts.

My theory…..we need to form local pockets of self-sustaining permaculture.  Neighbors and communities need to assist each other in getting off the grid.  We need to refuse to buy corporate-made junk or services.  Rather, we need to form our own co-ops of medical care, food and other services, using barter, trade, and local currencies.

Of course, once the powers that be find out about us….no telling what they will do to curb this audacious human independence. 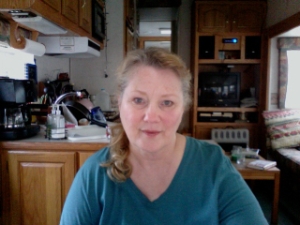 For more information, click on our ad in the right-hand column.  Thanks!

This entry was posted in Culture, Paula Morris, Politics, Self Reliance. Bookmark the permalink.