The 6th Annual Tacoma Film Festival concluded this week, and early reports indicate that the fete was a success both for film buffs and industry professionals.  107 films were shown at the festival, and about half had principals from the production on site at their showings.  Plus, attendance by movie goers increased from last year, added in part by festivarians receiving free tickets from the Rainier Connect phone company.

Rainier Connect, formerly the Mashell Phone Company of Eatonville, has been providing communication services to the area since 1910, and this year they coupled their Customer Appreciation Week with the film festival’s eight-day run, and RC customers who showed their phone bill got in free.

Based at the Grand Cinema, the Tacoma Film Festival offerings ranged from high-quality feature films such as the French entry “Hedgehog,” to “Paint,” a documentary produced by Clover Park Tech grad Mick Flaaen about graffiti artists in Tacoma.  In addition, there were dozens of very popular shorts and animated films.

“Family Shorts,” were very successful, and offered a collection of whimsical movies from six to sixteen minutes in length, such as “Bottle,” a tale of two kids who communicate via messages placed within a bottle and cast into the ocean, or “The Reel Story,” a film showing how sibling rivalries drive the imaginations of a brother and sister.

One of the producers of a short animation, Stephanie Franz, who created the well-received “Fluffle,” flew in from New York City to showcase her film.  Touted as a “cap-tastic” film about the amusing and relentless pursuit of a grape soda bottle cap, “Fluffle” is a true short, as well, since its running time is two minutes.

Stephanie Franz, creator of the animated short, "Fluffle," was at the Tacoma Film Festival.

“This is my first time in Tacoma – and the festival has been great,” said Stephanie.  “I love breathing all the fresh clean air, too!”

Another New Yorker also came to Tacoma to tout his film, Adam Staffa.  His film is a serious, seven-minute, “experimental” documentary about the limitations of social media.  Titled, “Your Image Here,” it portrays how difficult it is to express true emotion in the digital age.

“’Your Image Here’ shows us just what it takes to get connected,” proclaims a TFF flyer, and Mr. Staffa spoke at length about the difficulties he went through in making his film.

“I almost didn’t complete it,” he said, announcing that at one point he had reached a state of creative fatigue and stopped all work on the project.

“I hadn’t realized what I had taken on, and I was really tired and unmotivated, said Staffa, a recent graduate of Hofstra University on Long Island.  “But a road trip to the Pacific Northwest inspired me to finish the film.  I realized what true communication is all about – what it takes and how satisfying it really is.”

During his road trip, Staffa reveled in “real experiences with his friends,” and discovered how important it is to stay connected in real life.

“Just do it,” he proclaims.

Some of the film makers in the Comedy Shorts series could have taken real-life lessons from Mr. Staffa.

Many of the festival’s selection of 10-20 minute comedy pieces showed the angst of young men in love, but Comedy Shorts was generally a dud, although many in the audience found something to chuckle over – at times.

Nevertheless, the overall quality of films was excellent.

“It’s been an amazing festival,” said Kate Connor, who wrote, starred and co-produced the feature documentary, “Fort McCoy,” which played to a sold-out crowd on Saturday.

The film portrays the true story of Ms. Connor’s grandparents and mother who lived next-door to Fort McCoy, a German POW camp in Wisconsin during WWII.

“This was a labor of love, and I felt honored being able to tell my grandparents’ story,” said Ms Connor, who appeared touched by the warm response of the movie goers – who packed the theater so completely that people had to sit on the floor.

“Tacoma has been great – so welcoming,” said Connor, who played her grandmother in the movie. 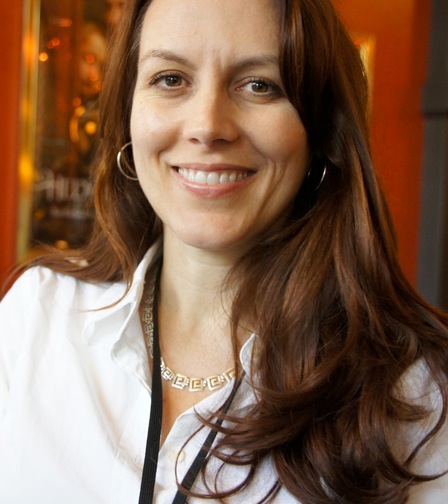 Kate Connor, actor, writer and co-producer, told the story of her family's experience living near-door to a German POW camp in Wisconsin, in the acclaimed feature film "Fort McCoy," last week at the Tacoma Film Festival.

Los Angeles-based Connor came to the festival with her co-star Eric Stoltz, and fellow actor and executive producer Andy Hirsch, who has appeared in many top-notch Hollywood films such as “Pulp Fiction.”

“The festival has been great,” said Connor.  “The mix of films has been great and there have been a lot of wonderful connections happening between industry professionals and the people in the theater.”

“The festival has been wonderful, and it’s very well organized,” declared Mick Flaaen, who has just graduated from Clover Park, and his documentary, “Paint” was actually a student project.  “I’ll be transferring to the UW film school next year.”

Flaaen has been a part-time actor locally, and also a truck driver for the past 27 years to pay the bills, but he was impassioned by being in the company of Seattle film impresario Warren Ethridge and meeting so many of his fellow film makers. 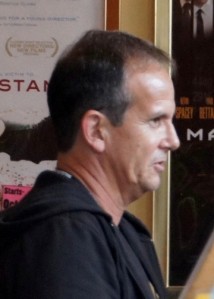 “Opening night, and meeting everyone, was great,” Flaaen shared.

“Paint” utilized all local actors and technicians, and is the story of Tacoma’s urban graffiti, ranging from the scenes painted on the mostly hidden railroad embankments underneath I-5 and SR 7 in Tacoma and Midland, along with the more visible murals arching across the back of the Rialto Theater at 9th and Market in downtown Tacoma.

As for the film festival, Director Emily Alm seemed pleased with the attendance and the quality of the films.

“In our selection process we’ve screened 380 movies over the past ten months, and I’m very pleased with the films we are showing,” said Alm.  “About one-quarter are locally made films, too.”

Alm also praised the corporate and business partners that joined with her in producing the festival.  Besides Rainier Connect and the Grand Cinema there were twenty partners that included the Hotel Murano and Propel Insurance.

Also providing viewing space was the Pantages Theater, the Tacoma School of the Arts and the Annie Wright School.  In addition, the Tacoma Arts Commission was a major sponsor.

Emily Alm is the director of the Tacoma Film Festival, now in its sixth year.

“We really make an effort to reach out to local artists and film school students,” said Ms. Alm.  “We have about ten films in the festival that were made by film students – it makes it feel like family,” she added.

This entry was posted in Business, Culture, Entertainment, Events. Bookmark the permalink.