Judy Spiers’ column: To the one percent – do you feel me?

I visited a young family this week I hadn’t seen since spring.  The husband had been unemployed, but the wife had a job so they cut expenses and kept going.  Now, the toddler is starting to talk – a couple words.

But, the wife’s job was just outsourced to India.  The family is losing their home and car.  Just before I left, the older boy had something the toddler wanted, too.  In baby talk – but clearly enunciated – the toddler uttered a complete sentence, “I already said please.”

The American people aren’t unlike that toddler who is learning to put his ideas together to express what he needs.  In 2007 when the market collapsed, the American people had things they wanted.  To name just a few: they wanted their jobs back, and see those responsible for the collapse hauled into court and forced to give back their ill-gotten gains.

They wanted justice.  They wanted those banks that were “too big to fail” to be broken up so the country would never have to go through this again.  They expected and wanted corporations and CEOs to sacrifice like the rest of us have been.

Anyone who follows the news knows what the ninety-nine percent want.  While the one percent hold 40 percent of our country’s wealth and remain eerily silent, the overwhelming majority are learning to talk.

They come together around the world to find their voice, to articulate their needs clearly.  They will not be stopped by the Nuevo Riche who insist that the rest of us must say please before they will listen.

Never has the gap between rich and poor been this wide in America.  Poverty grows; the middle class sinks.  Some people have been unemployed for three, four and five years – years they should have been working to build their personal wealth, saving for their children’s college educations or paying off their own student loans, and saving for their retirement.  It looks now as if some workers are going to lose an entire decade out of their productive years, and some may never find work again.

The Supreme Court of America has issued its binding opinion that “corporations are people.”  Since 1981, corporate and governmental cronyism has reportedly skimmed 80 to 90 percent of the wealth of America to these elites.  This country that was founded on equality has been broken down and divided up into a nation of classes based upon income.

A cartoonist might well envision such pelf to be typified by a figure so rotund he can barely walk under the weight of it.  He doesn’t work at a job because he prides himself on making money off other people’s money.  His sticky fingers are delicately pointed in all directions as he reaches for another helping.  His shirt is soiled, because when he lifts his fork it spills because his mouth is so full from what he hasn’t yet chewed or swallowed.  His custom made suit and fancy tie are heavily stained with crony capitalism.

He hoards what he has, but he needs more – always more.  Now tipping the scales at 1500 pounds, he rolls out to the pig’s trough and elbows his way in.

“Corporations are people, too,” he cries, in plaintiff tones designed to make us feel sorry for him – and them.

While he rakes in more, this menacing figure is heard to say, gruffly, to those who Occupy Wall Street, “Go away!  Leave me alone!  Come back some time when you can talk nice to me.”

The cartoon figure stamps his feet and jams his fingers in his ears to drown out what he does not want to hear – their response:  “We already said please.  Do you feel me?”

Editor’s Note:  Judy Spiers is a frequent contributor to the Mountain News. 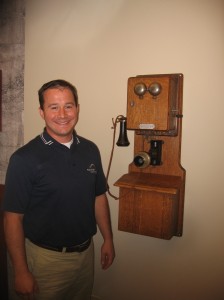 This entry was posted in Business, Culture, Events, Politics. Bookmark the permalink.

16 Responses to Judy Spiers’ column: To the one percent – do you feel me?