“I Shall Not Hate” – a book review

A book review by Judy Spiers:

Izzeldin Abuelaish, a Palestinian obstetrician who, despite witnessing the death of his three daughters and a niece when Israeli tank shells blasted through their home, has written a riveting account of his life’s work to forge peace between Israelis and Palestinians.

It is titled, I Shall Not Hate – A Gaza Doctor’s Journey on the Road to Peace and Human Dignity.

As a child, Dr. Abuelaish grew up in a Palestinian refugee camp called Jabaliya in the days after the first Arab-Israeli conflict in 1948, and his family lived in desperate conditions.  He and his two parents, along with eight brothers and sisters, were confined to a 10-foot by 10-foot room.  There was no privacy, no running water, and no electricity.  They all ate their meals from a single plate, and used outdoor latrines.

In addition, as the eldest son, Izzeldin had to work like a slave to help support his family.  However a turning point occurred when he was fourteen.  Even though he had never been outside the camp, Izzeldin got summer work on a farm owned by a Jewish family, the Madmoonys.  Amazed by their fair and kind treatment toward him, he envisioned that Israelis and Palestinians could achieve peaceful coexistence by building one-on-one relationships.

Despite his long work hours, Izzeldin also attended school and was always at the top of his class – a fact that did not escape the attention of his teachers – who encouraged him to see that education would be his way out of the inconceivable poverty that was swallowing his family and community.

In turn, Izzeldin felt that doctors can be messengers of peace, bridging the divide between Israel and Palestine.  As a result, Abuelaish went on to obtain a medical degree in Cairo, and he studied further in Italy and Belgium before getting a degree in public health from Harvard.

Returning to his family’s home in Jabaliya to practice medicine, Abuelaish still had to surmount the apartheid-like conditions.  He faced enormous challenges every day as he shuttled between Jabaliya, located in Gaza, and Israel, where he normally worked.  There were twenty different check points containing separate locked rooms with X-ray machines, video cameras and usually, body searches.  He never knew if he would make it to work on time at the hospital.  To Israeli women he provided obstetric and infertility care, but to his co-workers he provided a first-hand experience that Palestinians can act with nobility and decency, and he delivered a vision that peace between their two peoples is not just a dream.

I first heard about Izzeldin and his book while I was turning the dial on my radio one Saturday afternoon and came across renowned journalist Amy Goodman beginning her interview with Abuelaish.

Goodman initially explained that the Israeli military had forbidden journalists access into Palestine.  Nevertheless, many Israeli people wanted to know what was happening there, and Abuelaish had been giving daily television interviews with his friend, the Israeli journalist Shlomi Eldar.  On January 16, 2009, a day and a half before the end of Israel’s brutal 22-day assault on Gaza, and only minutes before the interview between Eldar and Abuelaish was to occur, Israeli tanks struck the Abuelaish home.

In Palestine, there is no 9-1-1 to call in emergency, so Izzeldin called his friend, Eldar, seeking help.  With no capacity to help his friend directly, Eldar flipped the switches at the studio and suddenly his entire Israeli audience was watching and listening to the effects of their troops’ assault in Gaza.  They heard the wailing, and more, the grieving of the soft-hearted doctor as he moved from child to child only to learn that each of his three beautiful daughters were dead, along with a niece.  In addition, several others were injured.

With Abuelaish’s permission, Goodman aired the tape of Eldar’s transmission.

Listening, I completely forgot what I’d been doing and found myself hunched over my radio.  When the interview was over, it took me just five minutes to locate the book on the Internet and order it.

Abuelaish begins his book at the beach in Gaza about a month before the attack that killed his daughters.  His family had gathered there to escape from their grief over the passing away of their mother.  Tragically, thirty-five days later the family grieved again as the tanks came in.

Killed were Izzeldin’s eldest daughter, Bessan, who was a peace maker and university student scheduled to graduate this year with a business degree.  Mayar, in grade 9, was the top math student at her school, and Aya, a year younger, yet, more than all the others reinforced her father’s convictions that he needed to put his beliefs into action.

One would could hardly argue with Abuelaish had he been consumed with hate, and I struggled to comprehend how he overruled the rage and resumed his work bringing peace to this perennially troubled part of the world.

In his book, Abuelaish enables the reader to see through his great heart of compassion.  He doesn’t just tell us, he shows us his life and he enables us to experience it.  He wipes away the detachment by humanizing the Palestinian people.  I actually found myself wondering for the first time, What is it like to live in Palestine?  Abuelaish deftly eases the reader back to when all the conflict began, to when land was taken from the Palestinian people in 1948 to create the new nation of Israel.

Abuelaish’s grandfather, Moustafa, was the head of a rich and generous family and also the head of the village.  In the taking of land, some people in some areas of his country were being wounded and massacred, so, fearing for the lives of his family Moustafa gathered them together and they hurriedly fled, thinking things would settle down in a week.  Yet, his family has now been trapped for 60 years in Jabaliya, in the half-square mile where ultimately thirty-five thousand refugees subsisted.

And those 60 years later, right at the time when his hopes for peaceful coexistence seemed within reach, Izzeldin’s home was blown away.  Where does this man find such forgiveness that he can write, “I Shall Not Hate?”

Abuelaish now lives with his remaining five children in Toronto.  However, the flames of Abuelaish’s dreams of peace cannot be extinguished because he has risen through the ashes of bombs and grief to say more fervently than ever before, “Peace is possible.”

This book is multi-dimensional, with a glimpse into a world few of us ever see yet, from which sprang a hope that all of us crave.  I urge you to read it.  Also, you may find the video of Amy Goodman’s interview with Abuelaish at http://www.democracynow.org/2011/1/19/gazadoctorizzeldinabuelaish

Judy Spiers is a regular contributor to The Mountain News and lives in Graham, Washington.  She can be reached at judyspiers@comcast.net. 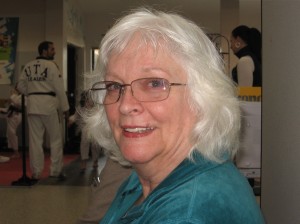 Some people never ask why.

a healthy nineteen-year-old who becomes a paraplegic

A wife a man loves leaves him for his brother

A husband a woman loves leaves her for her best friend

A nephew says he never enjoyed excursions with his aunt

A sister tells her sister don’t come to her funeral

A woman has ovarian cancer then brain cancer

A woman has three surgeries in three weeks

A brilliant professor shrinks away with Parkinson’s

None of them asks why.

Maybe I have just seen another miracle.  Maybe I know why they do not ask why.  Maybe I am supposed to ask why.  Take care.

This entry was posted in Book reviews, Culture, Entertainment, Remarkable men and women and tagged Peace. Bookmark the permalink.

1 Response to “I Shall Not Hate” – a book review