Although a chilling wind blew through the empty lots across from Bethel Junior High, the hearts of over a hundred community leaders, students and their families were warmed greatly as they witnessed Monday’s “ground-breaking” ceremony for the first community center in our area, a facility officially known as the Bethel Learning Center.

“Welcome and thank you for coming on a chilly spring day,” Bethel Superintendent Tom Seigel said to the assembled.  “This site will be a center for the community, and a center to build community.” 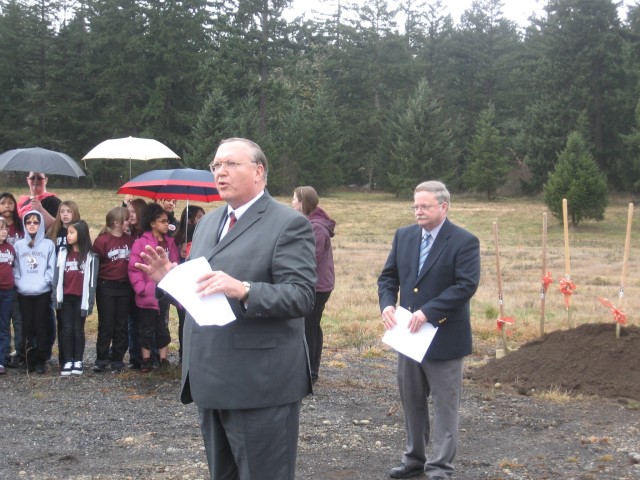 The Bethel Learning Center will be built in several phases, with the initial stage producing a conference room, offices and several classrooms.  Later phases will see a gymnasium and pool, a commercial kitchen for training teens in the culinary arts, and outdoor sports facilities, such as a track.

Also the Boys and Girls club will have permanent headquarters for their south Pierce County operations.

The center will be open to the public, and the conference rooms and offices will be available for the entire community, such as being a gathering place for seniors and Scout groups, or even hosting weddings and a farmer’s market.

The BLC is being built via a partnership between the Bethel School District and the South Puget Sound Boys and Girls Club.  Much of the money has been raised by private donations, but important state funding had also been secured by former State Senator Marilyn Rasmussen and former State Representative Tom Campbell prior to the current economic downturn.

In light of the recent $5.7 million cut in state funding to the district, and with another reduction of at least $7 million anticipated in September, Bethel School Board president John Manning spoke realistically to the mixed emotions of the moment.

“With the economic crisis, I was not sure we’d ever see this day,” Manning said, but he and the rest of the board members present – directors Brenda Rogers, Joy Cook and Marianne Lincoln – along with former directors Sue Smith and Don Meyer – seemed enthused and optimistic, at least for the day.

Adding to the joyous and heart-felt feelings in the crowd – and perhaps the highlight of the festivities – was a delightful rendition of “Put a Little Love in Your Heart,” performed by the Shining Mountain Elementary School Choir, led by their director, Ali Sharp. 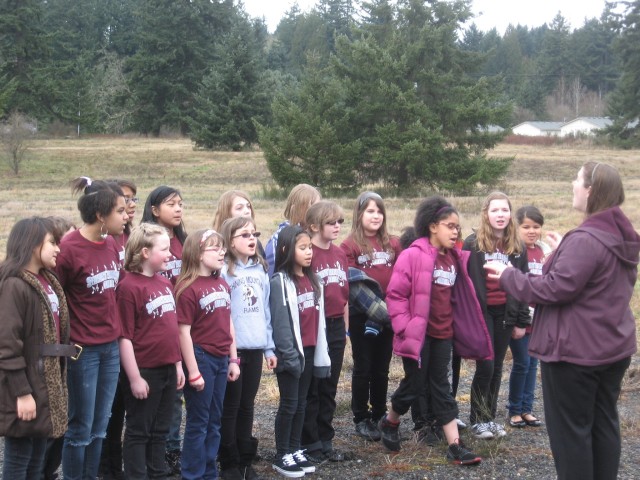 “That was really beautiful,” Tom Seigel said with a hint of a catch in his throat, and like a pep rally leader he led them into a big cheer for the community center, saying, “It’ll be a place to go when you want some fun!”

Next, Mark Starnes, President and CEO of the Boys and Girls Club of South Puget Sound addressed the audience and he created a vivid picture of how the community center will become a vital part of the neighboring areas.

“I can hear those children coming to the center after school,” Starnes said.  “Lives will be enriched here.”

Starnes made special mention of the Parkland-Spanaway Rotary, who gave the project a “significant” donation, allowing the Boys and Girls Club to establish their primary offices in the BLC.

The Boys and Girls Club already has a sizeable recreation and educational program in the BSD, with over 350 students participating in schools such as Nelson Elementary in Graham, Frederickson Elementary, and Thompson Elementary in Spanaway.  In addition, the BGC has a Teen Chef program at Spanaway Junior High.

“They’re developing character and leadership, and learning while they have fun,” he said.  Starnes also stated that many are being helped by the Club’s academic tutorials.

“We’re focusing on the teen years – our youth can be so vulnerable then,” Starnes said, “and we’re helping them make good choices.”

Before dignitaries and students posed for the customary photographs with hard hats and golden shovels, the ceremony concluded in a rousing fashion by a skillful performance from the Bethel Junior High Drum Line, led by their director, Tony Curtis. 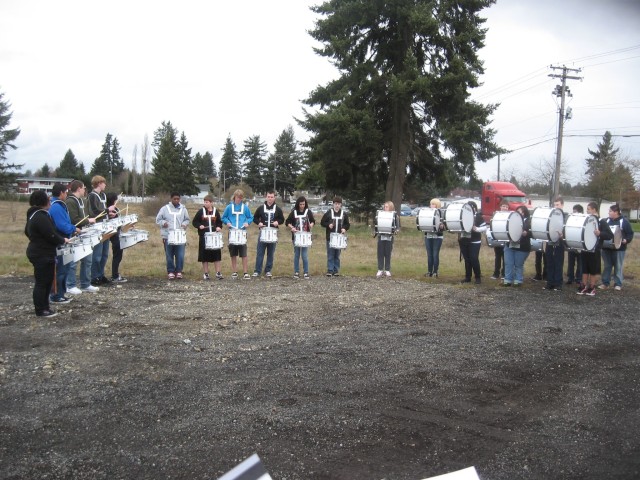 As with the choir, Tom Seigel had praise for the percussionists.

“Once again, I’m so impressed with the talent of our students.  We have so much accomplished talent in this district.” 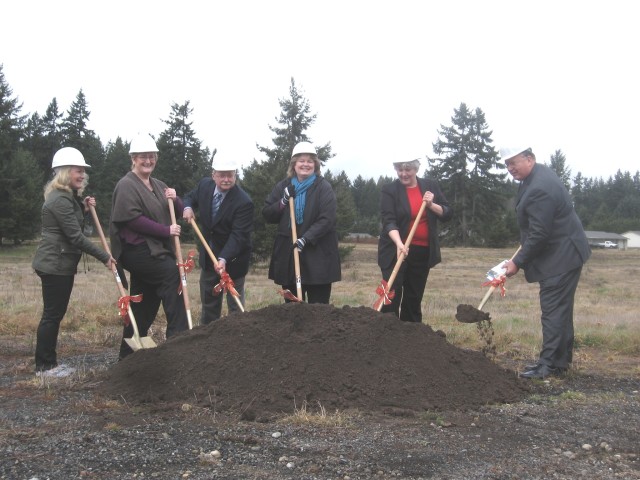 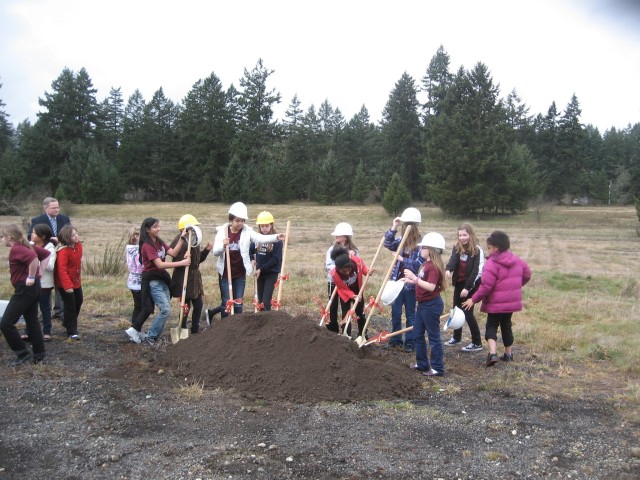 Members of the choir digging in.

This entry was posted in Bethel News, Culture, Events. Bookmark the permalink.