A packed house got their money’s worth of comedy last Thursday at JR’s Whistle Stop restaurant in Spanaway.

Over the past several months, owner John Reynolds (the JR) has brought professional comedy acts to his three-year old restaurant in the Bethel Station shopping mall as a way to fight the blues of the economic recession and as a unique addition to bolster lagging sales. 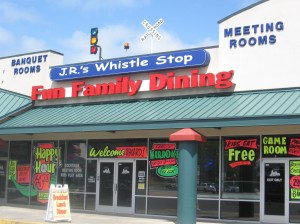 “We hold the comedy nights once a month, and they’ve been great,” said JR.  “I sold out this last show two weeks ago!”

About 100 customers enjoyed the solid performances of two area comics, a youthful Ed Rubin from Bonney Lake who opened the show, and seasoned vet Kermet Apio of Mount Lake Terrace, who delighted the audience with an hour-long banter that was similar in style and effect to Bill Cosby.

Telling numerous personal stories, such as his travails of being an over-weight Hawaiian named Kermet, Mr. Apio brought forth a steady stream of laughter and good-natured chuckles, often from himself as well, who laughed along with his audience and in doing so evoked associations with the famous comic of the 1950s and 60’s, Red Skelton. 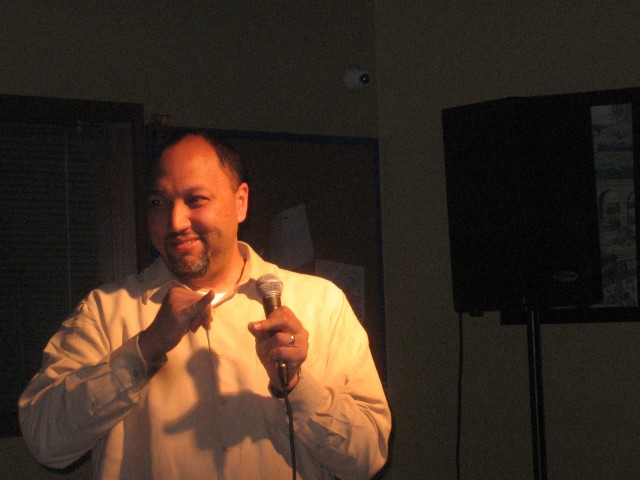 “I’m too lazy to develop a habit, that’s why I never got into drugs,” led Mr. Apio, who followed by saying, “that’s also why I really admire cigarette smokers – there are so determined to have a smoke they’ll stand outside in ten degree weather.”

However, the audience really started to roar when Mr. Apio started telling stories from his marriage that he argued were truthful, and they were too bizarre to be anything else but true.

“The biggest fight I ever had with my wife was when she woke me up one morning and started screaming at me,” he started.  ‘What could I have done, I asked her.  I’ve been asleep!’

After a dead-pan pause that caused howls, Apio brought down the house when he replied, “Well, I just went back to sleep and dreamed that I apologized.”

At the conclusion of the show, the audience was clearly appreciative of both the performers and of JR Whistle Stop for bringing quality entertainment to Spanaway.

“This was really great,” several customers said to JR afterwards, shaking his hand. 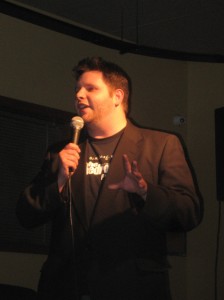 A night of laughter was appreciated by JR Whistle Stop as well.  Earlier, JR had confided to the Mountain News that his eatery was struggling financially.

“We’re just surviving,” he said.  “The economy has been really tough, and we’re trying new ways to bring customers in, like with the comedy nights.”

JR, the former Pacific Northwest manager for Denny’s, started his restaurant just as the recession was deepening, but the comedy nights, along with Karaoke nights of Fridays are buttressing his revenues.

Further, JR’s multi-dimensional concept for the Whistle Stop attracts a wide variety of customers.  He has a lounge, replete with a crowd of smokers huddled outside smoking as Kermet Apio correctly characterized.

In addition, the Whistle Stop has a game room with a pool table and arcade games.  Further, the game room has enough tables to accommodate small organizations looking for a central place to hold their meetings.

As for the dining area, besides customary booths and tables, a corner is sectioned off for children, who can sit within eye-view of their families and eat at kid-sized tables.

“Parents with lots of young children love that,” JR said.  “They can keep an eye on the kids and eat with some peace and quiet.

JR also has quiet table games for children to occupy themselves while waiting for the food to arrive.  In fact, the kids can compete for “Whistle Bucks” – tokens that can be redeemed for small prizes – if they can perform for their wait servers, such as by whistling or answering brain teasers, such as correctly naming a princess from a Disney movie.

“We try to give customers something different,” said JR.  “There are a lot of restaurants out there, so we want to give them added value by coming here.”

As for the railroad décor, especially JR Whistle Stop’s signature piece of decoration – the locomotive and box cars continually circling above diners’ heads on a track suspended from the ceiling – JR says it all was a fluke.

“When we first started conceiving what the restaurant would look, I thought we’d put up a lot of antiques,” said JR.

However, a family friend brought over a finely-crafted train set that he wanted to donate to JR’s new restaurant. 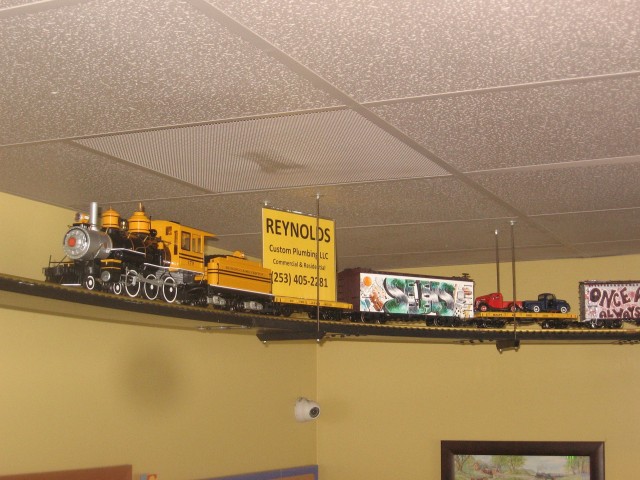 “That just started it,” JR said.  “Everybody just started bringing railroad stuff.  80% of the pictures are donated, along with the real pewter train bell.”

In addition, the Whistle Stop decided to include area high schools in the train theme, and invited all the Bethel high schools to decorate the box cars that circle the restaurant.

“Once a Brave, always a Brave,” announces the lead box car, the honorarium of Bethel High School.

Challenger High has a piece painted with NASA space vehicles, while Graham-Kapowsin and Spanaway Lake High Schools have a more textural presentation.

“It’s a way to build community,” said JR, who added that it took three days to install the suspended track and that the locomotive has to be replaced annually, at a cost of $450.

“We’re a family restaurant with strong ties to the community,” chimed JR.

In fact, JR Whistle Stop is a family-run restaurant as most of his wait staff are family members and JR lives in Graham.  Even JR’s mother, Edie, was in attendance for comedy night, helping her son run a raffle after the show. 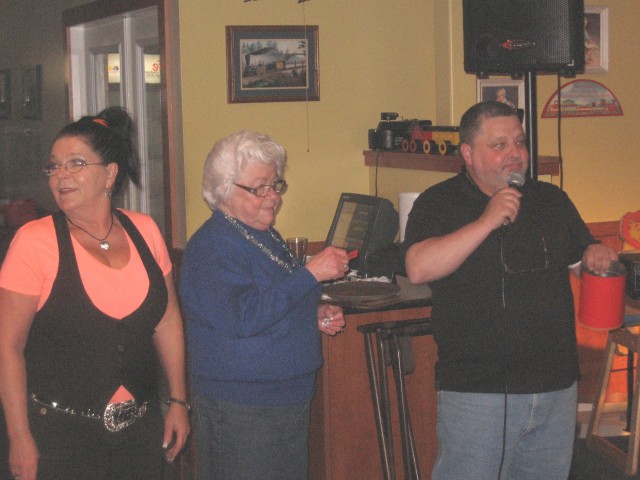 John Reynolds, right, is assisted in his raffle by his mother, Edie, center, and wait staff, Norma, left.

“We take care of each other,” JR said of his family, and it’s clear the Reynolds family is taking care of Spanaway and Graham as well.

Note:  Comedy Night at JR Whistle Stop is held on the last Friday of every month.  Comics are booked through the Alan Smith Entertainment agency of South Hill, who are providing comedy talent to other area venues, such as Ricky J’s in Frederickson and Habitat Park in South Hill.  King Oscar’s in Parkland has also begun a schedule of comedy. 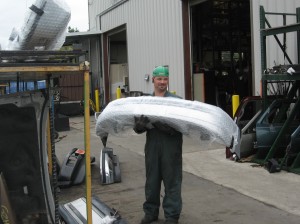 Now in Graham and Spanaway

For more information, click on our ad in the column to the right; please scroll up, thanks!