Occupy Wall Street participants appear to be clear on what they don’t want – things like theft, greed and corruption.  Protesters stand to accomplish something substantive by coming together to share ideas, negotiate and forward solutions.

What makes the Wall Street collapse so untenable is that there was a shortfall of laws that would hold anyone accountable.  That leaves us grappling with issues of morality.

Simply demanding governmental spending cuts may prove to be too simplistic.  Short-sighted quick fixes could bury this country in a future of grave, long term costs.  Laying-off teachers to trim budgets now could yield some devastating results in the future at the back end of the deal.

Let me share an example.  Jim dropped out of high school – like nearly a third of students.  In these tough times, a diploma is likely the bare bones minimum requirement to get a job.  Jim doesn’t have one.

His employment has been spotty, but like everyone else he needs money for food and clothing, rent and utilities.  So, how does he get it?  The person I interviewed agreed to speak only if I would not disclose anyone’s identity.

“Jim is a thief and has been for a long time.  He stole prescription drugs and tools from my house.  He is a serial burglar.

“Jim was picked up by police for stealing a lady’s purse in the store.  He shoplifts.  And he steals expensive equipment from stores and work places and sells it.

“He alters his prescriptions and gets more pain killers than his doctor prescribed which he also sells, and he makes and distributes illegal drugs.

“He gets juveniles to break into houses to steal what they can sell through a fence.  That’s how Jim makes his living.  That’s what happened to me.  He had kids break into my house while I was gone because the ‘three strikes and you’re out law’ does not apply to juveniles.  I had a large collection of guns.  They stole and sold them.

“It had never crossed my mind that someone could steal my guns and sell them to criminals to commit more crimes.  But that’s what happened.  Law enforcement knew what he was doing.  But it took many months to carefully build an airtight case.  So for months and months, when I went to bed at night I wondered if I would be awakened by someone who’d broken in again and was holding my own gun to my head.

“I got a notification the other day that Jim is back in prison.  The community can breathe easy again knowing that.

“I talked to the District Attorney.  He says it is now easier and more comfortable for Jim to live in prison than on the outside.  At the age of 40, he’s familiar with the routines of imprisonment.  There he has a clean warm place to live, three meals a day, free medical and dental care, a TV, a library, and conjugal visits from the mother of his children who are now supported by public assistance.

“Taxpayers have been paying for Jim’s lack of education for over twenty years now.  The sheriff says when Jim stole the guns he transitioned from a thief to more violent crime.  The next time Jim is caught, he will have three strikes against him and he’ll go to prison for life.  The sheriff told me that when three strikers feel they have nothing to lose, that’s when they become violent.

“If Jim ends up in prison for life, taxpayers will be paying Jim’s room and board and health care until the day he dies.  If he kills someone and he faces capital punishment, it will take years of appeals and untold costs to terminate his life.”

There are tens of thousands of “Jims” across this country that didn’t start out this way.  Their problems began as children when they failed to be educated.  As the Occupy Wall Street (OWS) movement ponders what it wants and doesn’t want for this country, it would do well to scrutinize the hidden costs of cutting teachers.

$9,500 per year is the amount paid by taxpayers to educate a child in the year 2008. $47,102 a year per inmate is what we spent on incarceration, according to the 2006 U.S. Census Bureau statistics.  Add to that the costs of law enforcement and courts and supporting families and the real costs are far higher.

Our prisons are burgeoning with people who failed to graduate from high school, cannot get a job, and so are unable to be self-supporting.  The highest incarceration rate in the world is right here in the United States.  We have been using prisons as waste disposal plants for humans.  If that is not a moral issue, what is?

It costs six times more to incarcerate than it does to educate.  Maybe it is about time for a paradigm shift in the way we think of teachers, and to consider the cost savings they bring to our society when we give them the support they need to succeed.

The potential for a child’s success, or lack of it, is predictable at an early age.  By the end of third grade, if a child is not reading up to that level there is an eighty percent possibility the child will not graduate.  A simple thing like reading sets the trajectory of a nine-year-old child’s adult life.

No child deliberately sets out to have a career as a prison inmate and teachers are doing their best to see that every child will have a fair shake throughout life.  But today there are more children than the reduced number of teachers can fully reach.

Communities are responding.  Volunteers are stepping in to help fill the gap.  At Graham Elementary there is an after-school program called, “Readers Are Succeeders.”  Eldora Sloan has organized this group of mostly adults who meet twice-a-week with children to give them extra help and encouragement.  But, even though high school students are also joining in, more volunteers are needed.  (Eldora Sloan may be reached at 253. 843. 2469).

Not all education takes place inside a classroom.  The 30% who drop-out often need educational programs in the community – such as internships, apprenticeships and one-on-one mentoring in the workplace.  For kids who don’t have particularly stable homes, this could provide a powerful impact.

Yet, in 2010, some of the nation’s largest companies paid their chief executives 343 times as much as the average worker makes, while corporate profits soar.  Corporations are people, too.  Given that they have the money that others do not, they should feel some moral compunction to see that education is fully funded.

The OWS movement has targeted the 1% in this country who are becoming more wealthy at a rapidly accelerating pace during the hardest times since the Great Depression.

However, there are those among the 1% who agree that this nation’s institutions need to be purged of theft, greed and corruption.

There are those among the 1% who are engaged generously in humanitarian works and who are already actively working to improve education.

There are those among the 1% who also agree that it is the moral thing for the hoarders who have the money to pay more than they are.

Last week a bill was voted on in the Senate that would have put $35 billion toward hiring and keeping teachers, fire fighters and law enforcement personnel.  The supra-rich in this country would have been charged one-half of one percent on income over one million dollars a year.  The bill fell a few votes short of the majority needed to pass.

The “no” vote may not have just been a vote against jobs.  It may have been a display of political recalcitrance that was deemed more important than the decent and moral willingness to invest in, educate, and keep our children safe.

But here is where OWS could really do some good.  By coming together and lifting their voices, ordinary people may be able to inspire a vision for a better and more moral nation.

Coming together, it is entirely possible that we really can cut and spend in uncommonly well-justified and intelligent places.

The ninety-nine percent believe that a well-educated future work force is an integral part of our greatness and a powerful way to care for the children of today and tomorrow.

We can put pressure on those we sent to Congress to do the right thing by supporting our teachers—and fire fighters and policemen—to vote to employ teachers and keep them employed.

We don’t need a nation full of Jims.  We don’t need a country full of prisons.  What we do need is to educate and graduate all of our young people in such a manner that they will be self-supporting and independent.

In our vision for the future, no young adult should be left behind. 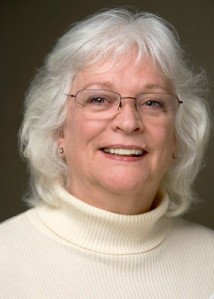 This entry was posted in Culture, Events, Judy Spiers, Politics. Bookmark the permalink.