Nearly 200 Frederickson residents flocked to the Sportsmen Club on Canyon Road on Saturday October 22 for an elegant, catered dinner and live auction fundraiser to support the development of the County’s latest recreational project:  the Stan and Joan Cross Park on Military Rd. 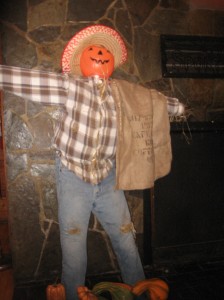 This smiling scarecrow welcomed guests to the FSJCP gala.

Hosted by the Friends of Stan and Joan Cross Park, the goal was to raise funds that can be matched by local businesses and corporations, and then further parlayed into a significant sum by gathering matching funds from the county, state and private philanthropic organizations.

“We’re going to have a park!” Stan Cross called out to the audience as he prepared the audience for the subsequent auction.

Continuing, Mr. Cross said that Frederickson doesn’t have any parks or recreational areas yet, and the Stan and Joan Cross Park will deliver a much-needed service to residents.

Specifically, the Stan and Joan Cross Park is a 65-acre tract that used to be the Cross’ family ranch, and the Cross’ sold the property to Pierce County several years ago.  At the same time, the county’s Parks and Recreation Department also procured an adjoining 55-parcel with state and federal wilderness funds, and this second parcel is in the early stages of development as the Naches Trail Wildlife Refuge. 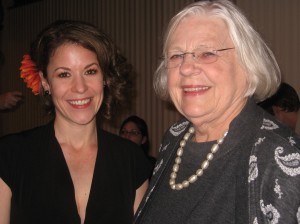 The Cross’ property was formerly the Mayflower dairy farm, and many of the original barns and out buildings are extant, and may be converted into a historical center.  In addition, the Cross’ former home will possibly be transformed into a academic study center focused on local wildlife.

Nevertheless, the primary mission of the Cross Park is to provide traditional sports facilities, such as tennis courts, ball fields and a soccer pitch, along with strolling paths, picnic areas and a Great Lawn area.

“I’m overwhelmed by the support – the turnout tonight – from this community,” said Mr. Cross, who is the former principal of Rogers High School. 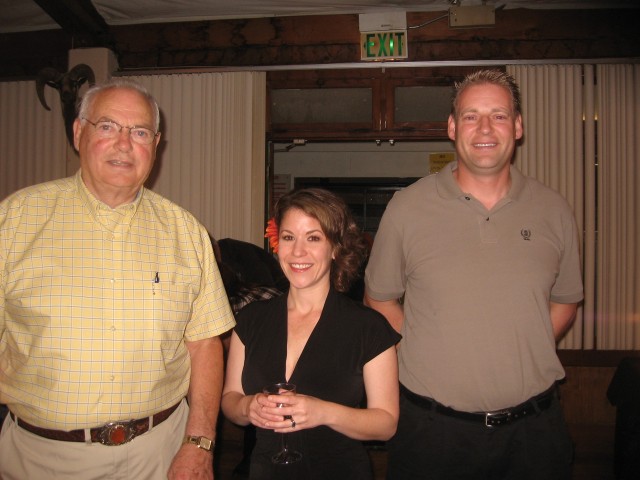 Moments later in comments off the stage, Stan said that the large turnout indicates that the public support for the park is wide spread.

“It really tells me that a public park is needed in Frederickson,” he added.

During the delicious meal, which featured a luscious brisket of beef, FSJCP officials told the Mountain News that development of the Cross Park will be part of a larger financial – and political – package engineered by the Pierce County Council through their formation of a county-wide park district, one that will have its own taxation authority.  Current plans call for a bond to be raised that will fund the construction and maintenance of park facilities throughout the county.

The bond is projected for 2013, and will cost homeowners about 30 cents per $1,000 of assessment; the Cross Park hopes to receive $6 million.

This initial outlay will fund the construction of rest rooms and a parking lot in a Phase One allotment, with the FSJCP funds – and its matching funds yet to be gathered – being used to develop other aspects of the park.

Dinner conversation also included other topics, and many business people discussed the re-opening of through-traffic on 176th St with great relish.

“Business should really pick up once the bridge re-opens on October 31,” said Kate Lowry, owner of Ricky J’s, located on 176th St. at 60th Ave.  “Things have been very slow with all the construction – especially since they put the median strip in.  I had to call Romero Chavez (project manager) and ask for more ‘U-Turn” signs so people can gain entry to the businesses on 176th.” 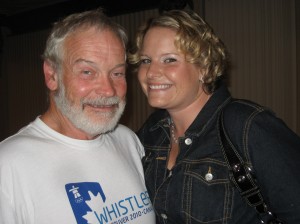 As for the auction, the bidding and buying was divvied into three sections:   a dessert auction where every table earned a turn to select a dessert according to their total bid, which ranged between $30-120.

Next was the live auction, but there was also a silent auction that was conducted essentially during the wine and beer portion of the evening that preceded the meal.

The live auction had a variety of unusual prizes, and many were much-sought after, such as one week in Hawaii that fetched a thousand bucks.

In addition, FSJCP bidders spent $60 to spend eight hours with Pierce County Sheriff Paul Pastor, or $100 for a personally guided tour of the Everett Boeing plant.  Other winners will also have a luncheon with Pierce County Executive Pat McCarthy, or spend a weekend on Lake Chelan.

But perhaps the highlights of the evening was the display and bidding for locally crafted art work, especially Mike Goodell’s wooden inlay coffee table that featured a likeness of the main barn at the Mayflower Dairy. 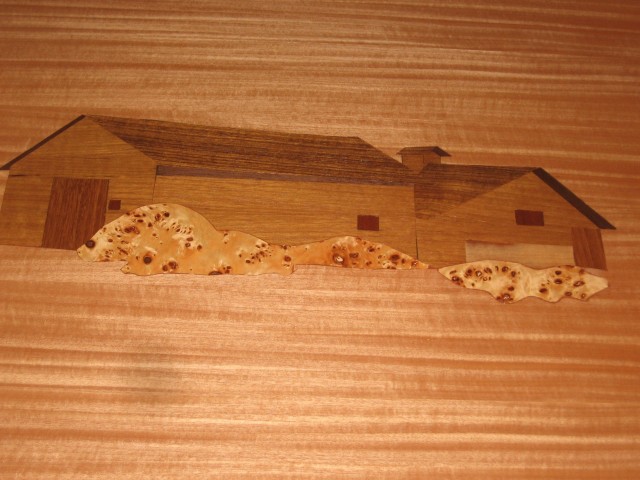 Other noted artwork was the whimsical pen and ink drawings of ducks and other water fowl by artist Mike Neil of Gig Harbor.

Everyone seemed to have a grand time, and as the festivities ended around 10 pm the buzz in the room was palpable.

Photo gallery of the FSJCP Gala: 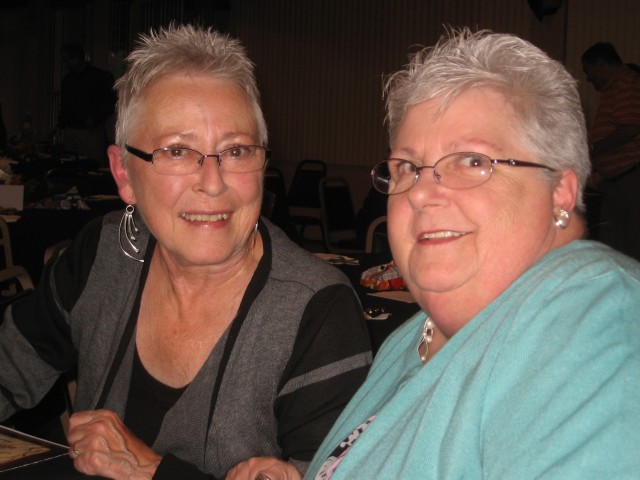 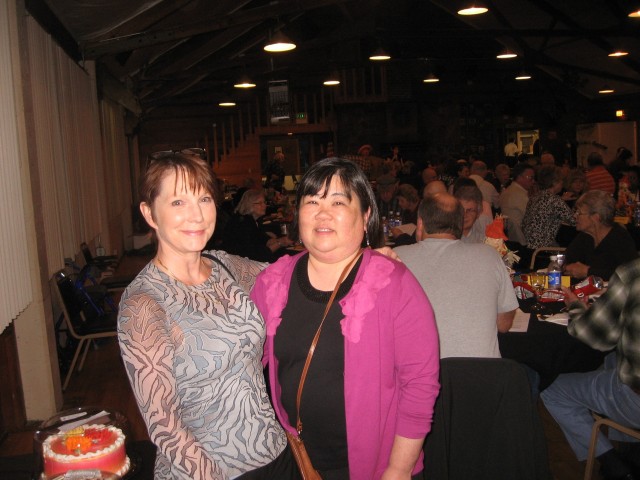 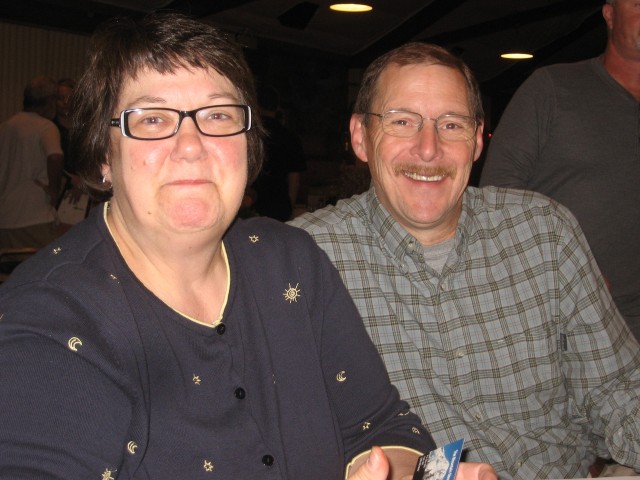 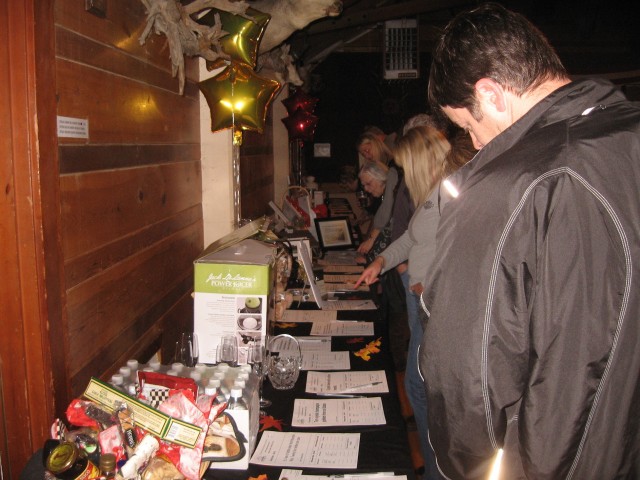 The silent auction table filled with services and products was well-attended at last week's gala. 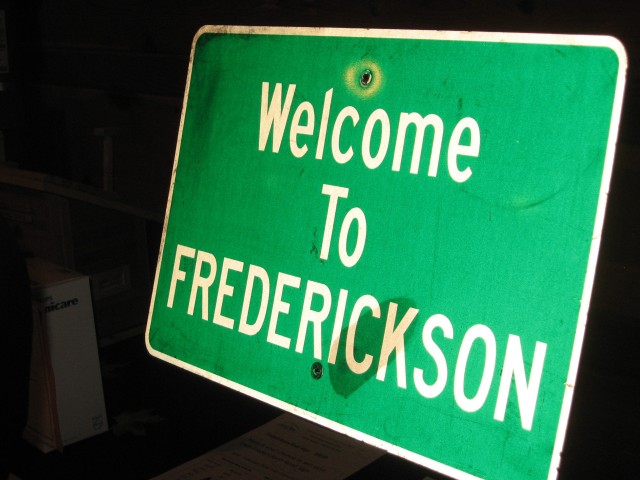 This iconic sign was much-sought in the silent auction, particularly by member of the Frederickson Land Use Advisory Commission, who have had many dealings with County officials over the four-years of construction on 176th that is coming to a close in the near future. 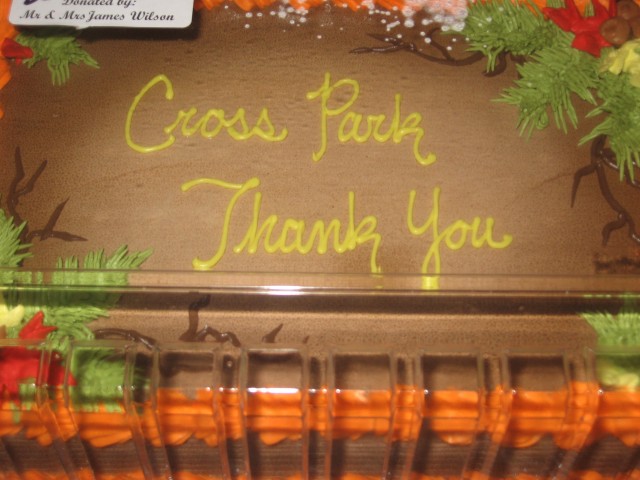 This entry was posted in Business, Culture, Entertainment, Events, Frederickson. Bookmark the permalink.