In testament to the “green power” of the Pacific Northwest, the Mother Earth News is hosting their second annual fair at the Puyallup Fair Grounds, June 2-3, next Saturday and Sunday.

“This year will be bigger and better,” said Ernzen, adding that the festival will have fourteen stages for speakers, workshops and demonstrations – up from ten a year ago.

As the MEN Fair did last year, the focus will be on gardening, green building, renewal energy and homesteading skills.

In addition, Ernzen said that the Fair will have a children’s stage that will specialize in hands-on activities.

“We’ll have many small-scale livestock exhibits and workshops,” said Ernzen.  “The Puyallup Fair Grounds is perfect for us, with its barns, livestock pens and all those resources for animals.” 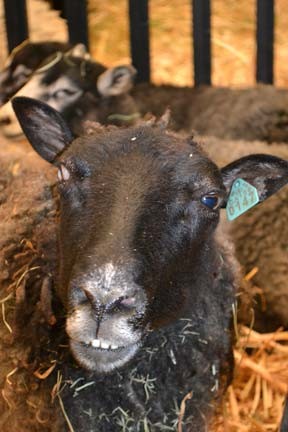 Ernzen also said that this year’s fair will specialize in presenting more heritage breeds, both for the preservation of their genetic ancestry, but also as a viable source for developing small-market businesses.  This latter aspect is of special interest as more people explore entrepreneurial opportunities on a few acres of country land in a tough economy.

“We will have a chicken show this year that’s new, and will examine all of these issues,” said Ernzen.

In addition, there will be several workshops that will focus on starting a small business, and offer skills in how to develop a business plan or grapple with the nitty-gritty of launching a personal enterprise.

In total, the MEN Fair will have over 100 speakers giving 150 workshops and demonstrations.

Some of the names will be recognizable, such as Ed Begley Jr, discussing his concerns with sustainable living and the use of electric vehicles.  In addition, many of the headliners will also be comprised of local specialists with substantive skills to share, such as Kiko Denzer of Oregon, who will be showing festivarians how to build a cob-oven.

“Kiko will show folks how to build an oven out of mud!” said Ernzen, as “cob” is a generic term for an earthen mix of mud, clay and fiber. 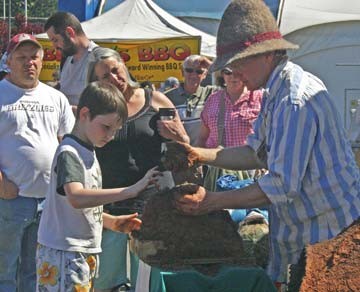 Some of the demonstrations will be both comprehensive and general.  One group, called the Fort Nisqually Reinactors, will demonstrate old-time skills in their encampment, such as blacksmithing, spinning and weaving.

A similar group, and new this year, is Wolf College, who will demonstrate their skills in sustainability and survival living, such as cooking wild edibles, making bows and arrows, and basket-making.

“It’ll be real fun for the whole family,” said Ernzen.

Other speakers will include author Will Allen, who will share his views on urban farming.  Allen, who wrote The Good Food Revolution, has lived in Detroit and will discus how to bring fresh foods to the urban environment, giving people a healthy option for their food.

The MEN Fair will also be assisting in building community, and discussing how groups and local regions are dealing with the issues of living a healthy life when faced with enormous financial, political and cultural pressures.  One workshop will focus on The Sharing Revolution, the movement to share big-ticket items such as tools, tractors or cars for those folks attempting to live in The New Simplicity.  Leading the discussion on this topic will be Seattle’s own, Cecile Andrews.

Along those lines, the MEN Fair lauds the resources of the Puyallup Fair Grounds and all that has happened there historically.  In some ways, the MEN Fair is reproducing the fairs of the 19th century but for a 21st century audience.

“It’s a new kind of state fair,” said Ernzen.  “We’ll have generations of families coming together – the old will meet the new – that is what’s so exciting.” 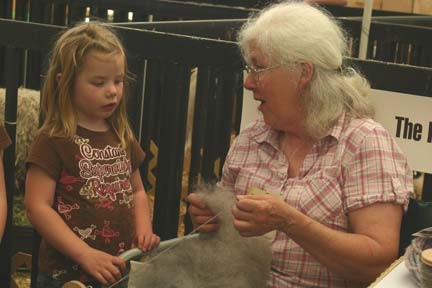 The skills of spinning and weaving span the generations.

With that history, the MEN Fair will focus on practical skills with hands-on experiences.

“There’s no preaching or ideology,” said Ernzen, “just teaching skills designed to save people money, and sharing ways of living lighter on the planet.”

Ernzen said that Mother Earth News greatly appreciates the diversity of its readership, and she stressed that not one kind of person reads the magazine – or will attend the Fair.

“People just get energized when they come together for a common topic and interact.  The Mother Earth News Fair is really about building a deeper sense of community,” she said.

With that in mind, the MEN Fair will address a mix of local and national concerns.

“Some issues are important across the country,” said Ernzen, “electric cars, canning, and that kind of thing.  But lots of issues are local, such as building green in the Pacific Northwest, and gardening.”

To that end, Ernzen said that the Fair will have speakers from the Pierce Conservation District and other experts, such as Linda Gilkeson,  talking about local rules and regulations for small farm development or the best approaches for food production, especially on the “how-to’s” of growing vegetables in our cool, wet climate.

“And yes, there will be speakers talking about ‘slug-control!’” Ernzen said with a laugh.

The Mother Earth News Fair is one of two fairs of its kind being held this summer.  Besides Puyallup, the MEN team will also host a fair in late summer in Seven Springs, Pennsylvania, near the Allegany Mountains.

This entry was posted in Culture, Environment, Events, Health, Nature, Pets and livestock, Puyallup, Science and Technology. Bookmark the permalink.