Police ask for help in identifying the Burlington mall shooter

A suspect has been taken into custody for the mall shooting in Burlington. Local media are reporting that the individual is Arcan Cetin, 20-year-old resident of Oak Harbor. No other details were immediately available.

Law Enforcement is asking for help in finding the Burlington mall shooter.

The young man who shot and killed five people on Friday night, September 23 is still at large, and the police are asking all media to distribute his picture so that the public might be able to provide clues to his identity or whereabouts.

Below is the press release from the Skagit Country Department of Emergency Management, which is assisting in the distribution of information on this incident.

Burlington – The shooter believed to be responsible for five deaths at the Cascade Mall in Burlington last night, Sept. 23, is still at large as the Skagit County Multiple Agency Response Team (SMART) continues to investigate the incident and actively search for the suspect. Anyone with information or tips about the suspect is urged to contact law enforcement at 360-428-3211 or scinv@co.skagit.wa.us<mailto:scinv@co.skagit.wa.us>

Four female victims were confirmed deceased last night; a male victim who was seriously injured and transported to Harborview Medical Center passed away overnight, bringing the total number of victims to five.

The SMART team is currently reconstructing the entire scene, conducting forensic scanning and collecting evidence. Detectives are pursing tips and leads from the public.

The Skagit County coroner has not yet determined the manner and cause of death for the victims. The Coroner’s office will release details about the identity of the victims following an autopsy and notification of immediate family.

At approximately 6:58 p.m. Sept. 23, Skagit 911 received a call from the Macy’s Department Store at Cascade Mall reporting an active shooter. The suspect was described as wearing black clothing and carrying a rifle. Only one shooter was reported. Local and regional law enforcement from more than 26 agencies immediately responded to the mall to secure the scene and evacuate workers and visitors. At the height of the incident, approximately 200 law enforcement officers were on scene.

At 4:30 a.m. Sept. 24, teams of officers cleared the 434,000-square-foot mall. The mall and surrounding parking lots remain closed for the investigation. Mall patrons whose cars remain in the lot will be able to retrieve their vehicles later today, Sept. 24. Notification will be made via the @wspd7pio or @SkagitDEM Twitter accounts, and through local media.

The Cascade Mall remains closed to patrons today, Sept. 24. Adjacent businesses are not affected by the mall closure; please contact the businesses directly to determine if and when they will be open. 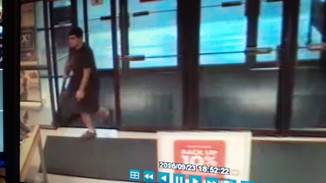 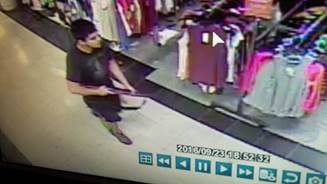 The Seattle Times is reporting that the Burlington Mall Shooting is the seventh mass shooting in the past two years that involve at least three victims. Seattle Times journalist Evan Bush reports:

These mass shootings are in addition to the tragedies that have occurred very close to home, such as the 2009 killing of five children in Graham by their father James Harrison, and the deaths of four Lakewood police officers in a Parkland coffee shop in April.

Also, Brian and Beverly Mauck were killed in their Graham home in November 2007, and event that still reverberates in many quarters, as it had an impact on the political aspiration of Mitt Romney, who, as governor, had appointed those officials that later released the shooter from prison.

This entry was posted in Cops and courts, Events. Bookmark the permalink.