After the Occupation, what? – A road map for change

An Op-Ed piece by Bruce A. Smith

Although the Occupy Tacoma protesters are currently ensconced in their encampments, the critical question remains:  When they decide to move, in what direction should they go?  How can we actually create the change we want in our country?

Here is a road map for change.  Bluntly, we can call this plan:  (Bleep) Wall Street.

The essential task is that we need to take money away from Wall Street and deprive it from having the means to corrupt our politicians and all those who are screwing us.

We can weaken Wall Street by giving them less money, such as by setting up a stock market locally in our communities so that local businesses can have the capital they need to create the jobs we want.  Can you imagine a stock market right here in Pierce County?  Why not?  Remember, all great ventures start as an idea; then they just add sweat and elbow grease.

Plus, we need to shop differently so that we can withhold money from corporations that pollute our lands, treat people as slaves, and subvert our democracy.  We need to weaken the corporations by withholding the grist that allows them to corrupt politicians, entice regulators to look the other way, and allow the 1% to become richer.

We need to direct the power of our purchases towards businesses we want to see in our communities.  We need to help them grow so they can expand and create the jobs that we want, producing the goods and services that we are proud of and that make us stronger.

We need to harness the power that we have, as modest as it might seem at the moment.

But the problem is bigger than just Wall Street, greedy bankers and CEOs.  It’s the whole corporate structure of our world.  It’s Everything that tells us how to be, what to buy and how to think.

A good term for this structure is the “Corporatocracy.”  It’s a term coined by John Perkins, the noted author who wrote, “Confessions of an Economic Hit Man.”

As I understand Mr. Perkins, the corporatocracy is composed of the international elite that run the governments, big businesses and the banks, the media and cultural institutions, religions and Organized Crime – all those who wield Big Power.

Now, money gives the corporatocracy power, so we need to not give money to them.

I mentioned local stock markets.  We also need local banks, and we’re beginning to have some of that in Pierce County with the profusion of credit unions.

We need to build a more de-centralized economy.  As we produce more goods and services locally we take power away from the Big Guys, like Walmart, who have enormous advantages with the so-called “economies of scale,” which is a very real dynamic of spreading costs over a vast number of products.

We need to become more self-reliant, and grow more of our own food.  The average person in Pierce County spends $4,000 a year on food.  Imagine if everyone grew enough food for themselves and their neighbors so that they could reduce that number to $3,000 – how much power and influence would that take away from the Fred Meyers and Darigolds and other mega food corporations?

800,000 people live in Pierce County.  If each resident kept $1,000 from the hands of the food corporatocracy, that would retrieve $800 million worth of political power from this one industry.

We need to start figuring out how we can have several different kinds of local economies.  As the alternatives grow, we may be able to create alternative currencies.  One – let’s call it “Pierce County Buckeroos” – we could use locally with businesses pledged to building a vibrant local economy.  Of course, we would keep our Federal Reserve Notes, also known as American dollars, to get what we need in the current financial system and global marketplace.

As for building a local stock market and local currency, imagine that all of our local intuitions kept their pension funds home and invested them in Pierce County businesses.  Imagine if the pension funds for the Tacoma teachers union stayed in Tacoma and didn’t travel to Wall Street.

Building upon this, imagine that there was a new culture in America, that investors weren’t addicted to making the “quick buck,” of a 6-10% return on investment, but rather were content with the “slow money” of a 2% profit on a locally-based business investment.  We need to find the investors who are willing to do that – people who realize that many valuable intangibles will be realized by such prudent investments – thus making their communities healthier, stronger and more beautiful.

People are already beginning to move in these directions.

In addition, the idea of local stock markets is being touted by author Michael Shuman and is actively discussed by the members of the Western Rainier Economic Development Initiative (WREDI) and enterprising local financiers and bankers.

One Longview, Washington bank is interested in the idea of local stock markets and similar ventures to stimulate economic growth in rural areas.  Larry Baker, Senior Vice President of ShoreBank Enterprise Cascadia, spoke at a recent WREDI conference and described how his organization is reaching out to rural enterprises with various financial packages, including the formation of rural-based stock investment companies.

As you can see, these ideas are very real.  They are not woo-woo, but they are definitely out-of-the-box.  The task for us is to figure how to partner with these efforts and bring them to fruition.

Hence, we need to dedicate people, time and energy into these ideas and take realistic, concrete steps that can manifest these realities.

As a result, the job-you-may-have-tomorrow is probably not one you could have imagined yesterday.  Rather, it may be as a financial consultant who talks to every union representative in Pierce County about how they can redirect their members’ monies towards local investments.  Maybe your job-to-come is coordinating with school boards to raise their construction capital with bonds that are held by locally-owned banks and not Wall Street brokerage firms.

Maybe the job-you-will-have is talking to grocery stores to see if they can expand their services with locally-grown, top-notch foods.  Wouldn’t you prefer an apple pie made with Pierce County apples?  Wouldn’t you like a pumpkin pie made with real organic pumpkin puree from the Orting Valley and not some canned glop from a commercial farm that is a thousand miles away or in China or Chile?  And wouldn’t you like to see our grocery stores proudly proclaiming how many foodstuffs they have that were raised near your home town?

Yes, PCC Foods and their visionary PCC Foundation is moving in this direction, and the newly formed Self-Reliant Groups of Eatonville and Graham are exemplary grass-roots efforts, but imagine if we could make a quantum leap in this area.  Imagine if we organized our own version of economy of scale – maybe not on the size of Toyota, but how about the Puget Sound Electric Bike Manufacturing Company or the Cascadian Electric Car Company?

Further, this notion of intensified self-reliance is not confined to good foods and financial investments, or some quirky manufacturing version of emerging green technologies.  We need a comprehensive shift to greater sovereignty – all across the board – finance, jobs, food and even our health.  In short, we need to learn how to heal ourselves.  We need to extricate ourselves from the corporate cartel of the American Medical Association and its corresponding dental conglomeration.

Imagine if everyone in Pierce County took twenty minutes every day to mediate or pray, and they envisioned themselves to be healed, healthy and wealthy.  Don’t you think that would change a few things in people’s lives?  Imagine if we began every governmental meeting with three minutes of silent prayer to improve our lives and those of our neighbors rather than spending a few moments pondering the latest jingoistic adventure of the corporatocracy’s armed forces in Iraq, Afghanistan and elsewhere.

How about if we truly realized that large numbers of residents in Pierce County do not have adequate access to doctors and dentists – and did something about it rather than wait for Obamacare and the ensuing Tsunami Backlash of the Tea Party.  How about if we began training technicians to actually fill cavities and repair teeth – finding a balance between adequate supervision and entry-level skills – and had low-cost or no-cost clinics on every street corner, breaking up those AMA and ADA cartels.

Let’s extend the notion of increased self-care across the social spectrum.  How about if we insisted that everyone who accepts food stamps or Medicaid moved toward a healthier lifestyle – quit smoking, developed regular spiritual practices, ate fewer junk foods and committed to some community service, such as calling a shut-in or contacting a few neighbors and having a coffee klatch to see what the neighborhood could do to help its residents be happier, healthier and more sovereign?

I think we need to rebuild America at every level.  It’s a cultural thing, it’s societal, it’s psychological – it’s core.  We need to rejuvenate ourselves and our country on every level of existence.  We need new relationships with each other and ourselves.

We need businesses committed to the notion of the greatest good for the greatest number.  This must be a core value of their organization.  This way, they would instinctually know the right thing to do; they would be hard-wired for the best decision.

Further, we need justice – we must demand it – and I figure that means half of Wall Street should go to jail.  That takes courage, and lots of it.  Too many people look away.  Too many are afraid.  Even Obama seems too scared to act, but we can’t wait for Barack to find his cajones so we need to move with or without him.  We need to be bold and take a new path.  We need to build a New Way.

So, as we’re shivering in the cold and making new friends, finding out who we can count on and who we can’t – we’re also gathering our strengths and clarifying our plans.  Then, one day soon, it will be time to break camp.

Then the march to reclaim America really begins.

4.  The idea of growing more of one’s own food is widespread.  Here is a wonderfully descriptive discussion of the topic in “Treehugger,” titled:  “What does gardening have to do with the Occupy Movement?” 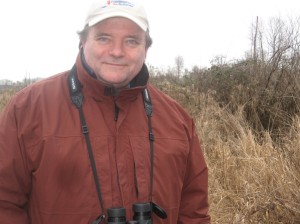 This entry was posted in Business, Culture, Events, Politics. Bookmark the permalink.

12 Responses to After the Occupation, what? – A road map for change