The Third Annual Chocolate Stroll in Orting last Saturday, Feb 9, was a success, as families, seniors, couples and kids scurried about town getting their chocolate candies. However, the biting wind necessitated many unscheduled stops for hot chocolate to warm chilled strollers, or find a bench, sit and catch one’s breath.

Like the kids’ holiday, the Stroll is a lot of fun and Orting sported plenty of smiles last Saturday as the Strollers made their rounds.

“It’s been Super Fun!” said Kim, the greeter at Tim’s Family Restaurant, as she gave out her choocolates to a steady stream of strollers.

“It’s been great,” said Tracy Ford at Edward Jones investments. “I love bragging about Orting to everyone who comes in!”

Organizer Carol Goldstein said those numbers were down this year, but she attributed the decrease to a kind of an area-wide psychological hangover from winning the Super Bowl the week before, and the presence of 12th Man banners throughout town supported her theory. 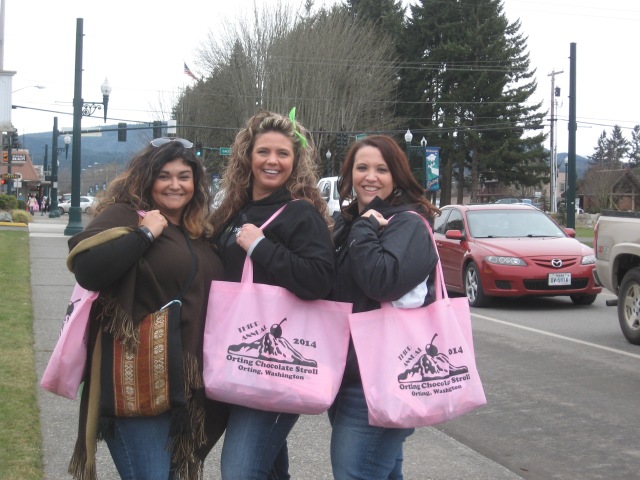 Tom Collins and his girls, Caylee (l) and Cassidy (r) on the Chocolate Stroll

Chocolate Stroller organizer, Carol Goldstein, (left), and her assistant Chastity Goff display some of the goodies they gave to Strollers at their Mary Kay shop in Orting

Another outdoor booth was organized by Darnell Walls, (l), who owns a skin care product shop, and Dawn Balogh of Orting Liquors. However, they kept a large electric heater blasting under their table. 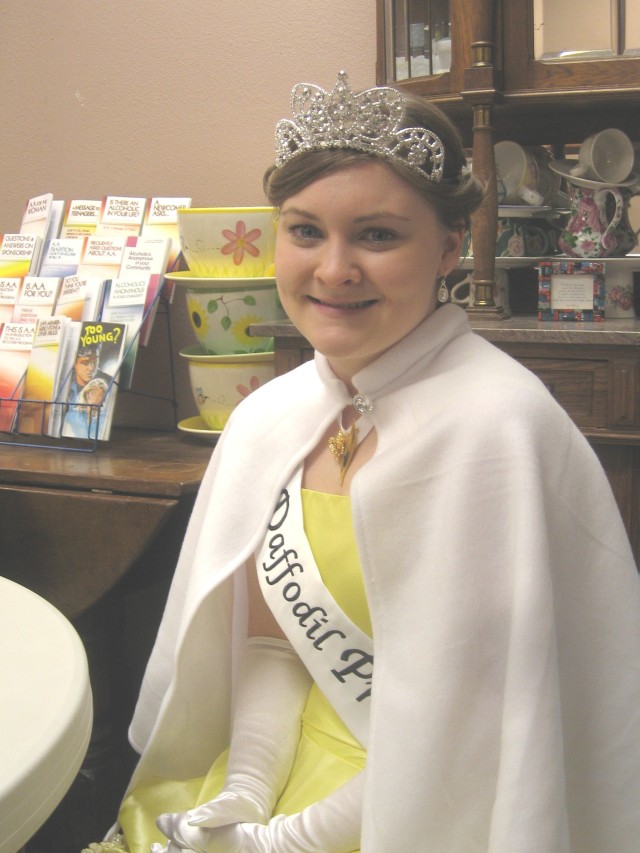 Newly crowned Daffodillian “Princess Emily” of Orting was present at the Chocolate Stroll to lend an aire of regal glamour and to pick the grand-prize winner of all the kids who visited every Stroll vendor.  The winner was an Orting boy named “Brady.”