The Graham Citizens’ News is the latest edition of Wayne Cooke’s “Graham News” newsletters, and is titled “Graham Citizens’ News” to reflect Wayne’s current endeavor to build Graham-awareness and give a voice to local residents concerned about local issues and events.

Specifically, Wayne has erected several Graham Citizen signs around town and has established a phone call-in number so that interested residents can learn more about Graham organizations, such as the Graham-Kapowsin Community Council, or the local TOPS group (Take Off Pounds Sensibly). People calling 253.875.6299 will receive a packet of flyers from thirteen different Graham-based organizations.

Over fifty packets have now been mailed to those who phoned (253) 875-6299.  Packets now contain 13 groups in Graham and growing.  People are learning that GRAHAM has lots of activities to join!

1.  Graham demographics, 4 pages.  Graham appears to be larger than many incorporated towns.

7.  South Sound Seed Stewards (S4secretary@fairpoint.net meets Mon., March 10th at 7pm,YelmAdultCenter.  Learn to effectively grow your own food and save the (organic) seeds for next year’s planting.

G-KCC yearly Expo will be held Saturday, March 1st at Frontier Middle School, starting 9am.  If you make (locally) handicrafts or other things for sale or want to display a local educational activity or volunteer or provide entertainment, you can obtain an application by phoning (253) 297-6166 or (253) 279-3071.

“Graham, Gateway to Mt. Rainier” red on chrome-color local license plate frames will be available at the GKCC EXPO (above) for $10.  Also baseball caps with PROUD RESIDENT of GRAHAM on the front.  Show your PRIDE in Graham, birthplace of the graham cracker.  (Grandma Bates couldn’t see very well and grabbed the sack of graham flour instead of corn flour.)  Kids loved the thin “Graham cakes”!! ??

1 .The TRUE STORY of how Graham really got its name.

3. The eviction of homeless campers outside the Graham Library.

4. The still-standing first Graham Post Office, store, and home for the Bates family (1908.

5.  The discovery of Graham’s original newspaper, the Rainier Independent, from the 1980’s.

The News YOU NEVER WOULD HAVE KNOWN.

MR. GRAHAM DIDN’T MEAN TO DO IT

About 1900-1905, the area we now call Graham was a logging operation. The CampBoss was Mr. Smith Graham.  His center of operations was of course, near the railroad track in this pre-auto era.  When the train slowed before crossing the Barney-Larsen Road (now Meridian) a postal bag tossed out the north side onto a huge tree stump where Mr. Graham found it and delivered the letters to the few residents around there. Back in Tacoma, they’d say, “Take it to Graham.” meaning Mr. Smith Graham, but of course his last name unintentionally got transferred to his area.

He was just unloading trash at the dump. His eye caught an unfamiliar newspaper lying a few feet away.  Curious, he picked it up, looked at the address label, and did a double-take.  His own mother’s name was on it!  Dated April, 1988, it apparently never reached her until her son delivered the aged paper in 2014, 25 years late! The Rainier Independent office was at 22802-Meridian Ave. East. Jeff Johnson was Editor, with Leanna Woog in charge of Production and Jinnie Jones was the Business Manager.  Regular columnists were Felix Stephens, Denny MacGougan, Rosemary Greenlaw, Gwen King, and Ed Voss.  Still here?

On Feb. 22nd a group of about 40 people stood near Graham Elementary on 204th to remember that awful day in 2009 when 14-year-old Danny was skateboarding on 204th and an “impaired” driver swerved and killed him.  After speeches and a prayer, the Morse family, helped by the attending law officers, unveiled the new “DON’T DRINK AND DRIVE” sign with “In Memory of Daniel Morse” under it. Sharon, a resident of Grand Firs who had lost her daughter to a drunk driver, helped make this sign possible in her role with the DUI Victim’s Information Panel.  Her group gets DUI defendants face to face with victims for an unforgettable lesson. Phone her at (253) 846-1902 if you want to help.

During January’s coldest nights, some “good angels” helped the 6 or 8 homeless camping behind the Graham Library to get to Puyallup churches “Freezing Nights” shelter.  They came back to find signs warning them to be off library property by Feb. 10th.  They were, and the area is now clear.  A young woman, who escaped an abusive situation, “called in a favor” and got her bus ticket to family in the Midwest. A man is arranging to head back east after an unhappy divorce.  An older woman, seems to be losing a battle with drugs and is staying. To them, and so many others, “Good luck” “There but for the grace of God, go I”

The house at 22812 Meridian, next to the railroad tracks looks like it needs razing.  Until you discover that it was the first Graham Post Office, and the first Graham store.  Henry and Nancy Bates built it in 1908, (much remodeled since) right on the spot where Smith Graham picked up the postal bags.  It’s for sale.  There is a move afoot to seek permission to use the original part for a small GrahamVisitorsCenter and Museum.   Anyone interested in joining this effort to retain Graham’s history, phone (253) 847-4614. 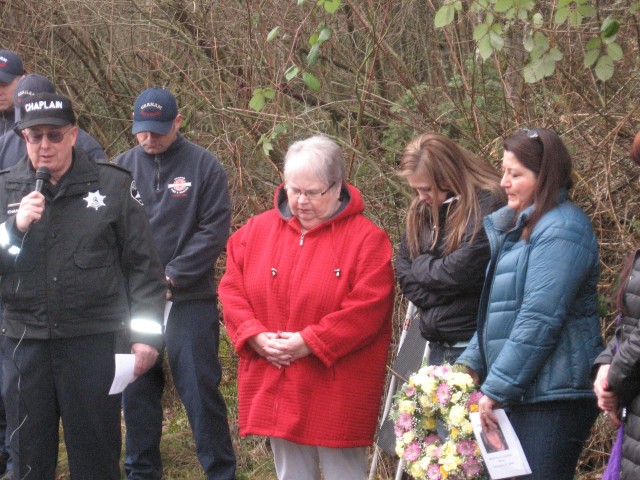 This entry was posted in Graham News, Wayne Cooke. Bookmark the permalink.