I saw her first at the Chaco Canyon Ranger Station.  Lean, dark haired, and replete with a harelip, her visage cut to my deepest longings.  My knees went weak and I clutched the ranger’s counter for stability.  Why haven’t I ever known a woman like her? I thought.

Later that night, a full moon drew us to the same Anasazi ruins.  We met, talked, and then sitting on the rim of an ancient Kiva, I asked her for a kiss.  It was sweet and soft like rose honey, and touched my soul.  But, far greater in sweetness was the ease of our connection.  That was as luscious as the lunar glow, as strong and pervasive as the moonbeams blanketing the New Mexican desert around us.

The next day she was off to the Garden of the  Gods, and after that, home to San Diego.  For reasons I can not fathom, I rejoiced in not traveling with her, and headed my F-350 pick-up and RV trailer toward Monument Valley, Arizona.  I guess relationships overwhelm me, or I need lots of lunar energy to sustain them.

But once in Monument Valley, home of the only scenery in the world that can stand up to John Wayne’s swagger, I developed a hunger for Fig Newtons and cold milk.

At first it was a simple late-night snack attack, the kind a quick trip to a convenience store can satisfy.  The camp store at my RV park did not stock Fig Newtons, however.  Instead, they carried a local brand called “Fig Bars,” baked over in Farmington, New Mexico, and since I love eating native cuisine I bought a box.

The next morning I didn’t want my regular breakfast of muesli, I wanted Fig Newtons.  Must be the desert air or a karmic flux causing this craving, I thought.  Or maybe that Kiva kiss hit deeper than I realized.

I surveyed my RV neighbors.  They were Pop Tart freaks or rock-solid Americans eating scrambled eggs and bacon.  But they all assured me that Chenle, the nearby hub of the Navaho Nation, would be big enough to have a supermarket carrying Fig Newtons.

Normally, I wouldn’t burn $20 worth of gas just for cookies, but since I also needed to find an ATM and Chenle is next to Canyon de Chelly, the site of the Navaho’s last stand against Kit Carson and something I really wanted to see, it became my next destination.

Canyon de Chelly was majestic, but Chenle did not have an ATM.  Worse, it only had more Fig Bars from Farmington.

So, short on cash and longing for real Fig Newtons, I headed north toward Utah and my new home ofYelm,Washington.

The first big town I came to was Blanding, Utah.  There I found an ATM and got more cash.  But the good people of Blanding were treated to a royal New York hissy-fit in the cookie aisle of their grocery store.  In the Nabisco section there was just an empty gap on the cookie shelf where Fig Newtons should have been.

“Please mister, calm down,” said the manager, as customers looked down from the ends of the aisle.  “We’ll have a new shipment tomorrow, or the next day for sure.  We have some local Fig Bars, from Farmington; maybe you’d like to try them?”

I groaned in primal disgust, my hands and eyes grasping the empty space, trying to make Fig Newtons appear from thin air.  Grunting incomprehensible wailings, I ran from the store.  Outside, my karmic metabolism surged and roared.  I Om’d and took deep breaths.  I saw myself as the master of my reality, calm and focused.  I settled down, at least enough to drive.

I continued north.  The eighty miles of desert highway to Moab soothed my tortured soul, and there in the city that rhymes with Ahab, I found cookie nirvana in a Safeway.

Funny, sometimes it’s the love that comes easy and not the cookie.

Note: Fig Newtons™ is a registered trademark of the National Biscuit Company.  I think.

“A Full Moon and Fig Newtons” is an excerpt from my anthology of short stories: Stories from the Journey. 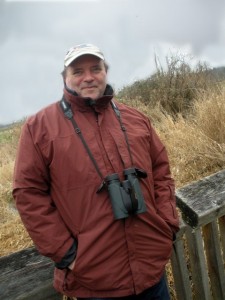