Pictures of Tina Mucklow, the primary witness to the DB Cooper skyjacking

The following pictures are images of Tina Mucklow, one of the three flight attendants aboard Northwest Orient Flight 305, the airliner that DB Cooper skyjacked in 1971.

These photographs are believed to be the first images of Ms. Mucklow made available to the public in almost 40 years, and are presented here through the courtesy of Galen G. Cook, an attorney who practices law in Fairbanks, Alaska and Spokane, Washington. 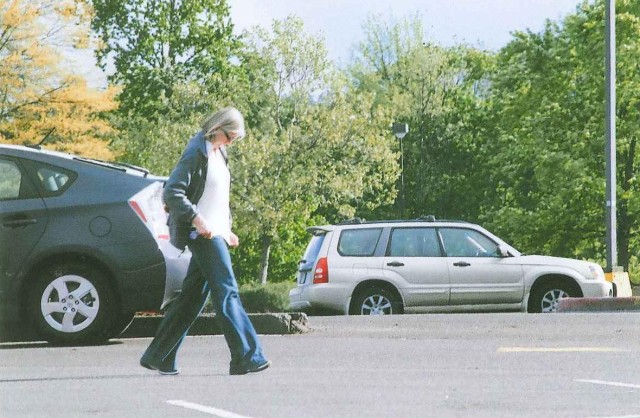 These pictures were taken in central Oregon in a public setting.

Ms. Mucklow is considered to be the primary witness to the DB Cooper skyjacking because she had the most lengthy and intense interactions with him – more than any other member of her flight crew.

Ms. Mucklow disappeared from public view in 1991, and prior she had been in a cloistered convent for twelve years.  Investigators began developing some knowledge of her whereabouts over the past five years, often through researching public documents such as marriage and divorce records, and also real estate transactions.

Nevertheless, these investigators held Tina’s location in confidence.  However, Geoffrey Gray’s treatise on the case, titled: Skyjack – The Hunt for DB Cooper, reportedly reveals her whereabouts.  The national release date for Skyjack is next Tuesday, August 9.

It is unknown if Mr. Gray located Tina on his own effort, or if he was assisted in any manner by others.

Media access to Ms. Mucklow has been very limited, even initially.  However, there are a few YouTube videos available where she gives a detailed and compelling report on her view of the skyjacking and its impact on herself, the crew, and her passengers.

It is my understanding that these photographs, then, are the first pictures of Ms. Mucklow since those TV interviews took place in the early 1970s.

Mr. Cook met Tina in the spring of 2010, and had a twenty-minute conversation with her.  During that time he acquired these photographs.  They are his exclusive property and reprints or re-publication is strictly prohibited unless one has his express written permission to publish.

Galen tells me that when he met with Ms. Mucklow he did not discuss the Cooper case directly, and that the nature of their conversation is confidential. 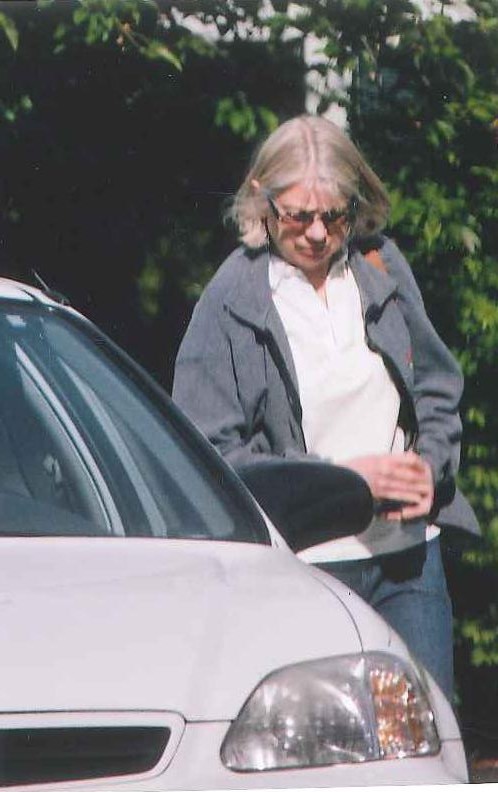 Further, Galen has recently sent me the following statement that explains how he came to meet Tina, and how these photographs came to the Mountain News:

Galen’s statement about meeting Tina and obtaining the pictures

Richard Tosaw, my deceased friend and fellow DB Cooper hunter (Richard was an FBI agent and attorney) received an interview with Tina Mucklow in the early 1980’s.  I made efforts to contact Tina through the Maria-Regina convent in Eugene, Oregon in the late 1990’s.  Although those efforts were unsuccessful, I did learn that Tina, who was a cloistered sister, had left the convent in 1990 or 1991 with personal issues.  The sisters at Maria-Regina were always nice to me, but wouldn’t reveal her new location.  Through a complicated series of backtracking I was able to locate her with assistance from the Flight #305 co-pilot and Tina’s ex-husband who knew the co-pilot.  I interviewed both extensively.

I also give Jo Weber [widow of Cooper suspect Duane Weber] some credit for dropping me a few “hints” along the way.

I finally met Tina on neutral turf and had a very pleasant conversation with her.  What was discussed is confidential, and pertains strictly to my investigation into the DB Cooper mystery.  I am an attorney and an investigator, not a psychologist or psychiatrist.  Bruce Smith is a journalist and is persistent to get an inside story.  After he reached Tina Mucklow and was rebuffed, I advised Bruce not to try and contact her again, and I am confident that he will not. 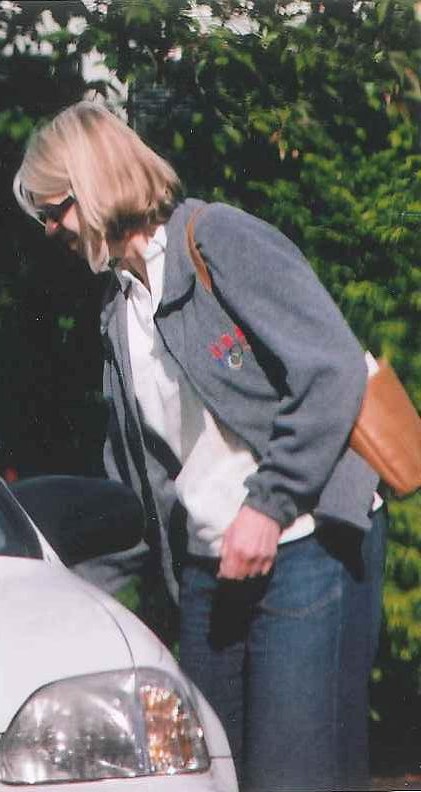 The Mountain News has made a concerted effort over the past two years to discuss the skyjacking with Ms. Mucklow and her family in a safe setting; however, in general we have not been successful in having a fruitful discussion of the incident.

Details of that outreach can be accessed at the DB Cooper archive on the Mountain News:  https://themountainnewswa.net/category/db-cooper/

For more information please click on our ad in the right-hand column.  Thanks!

89 Responses to Pictures of Tina Mucklow, the primary witness to the DB Cooper skyjacking