“Attendance is about the same as last year,” said Fair manger Beth Rossow, who is also setting records by logging her 38th year of working the festival.

“We certainly work well together, don’t we,” said PC Fair Director Betty Backstrom, commenting on her 30+ years of heading the festival and teaming with Rossow. 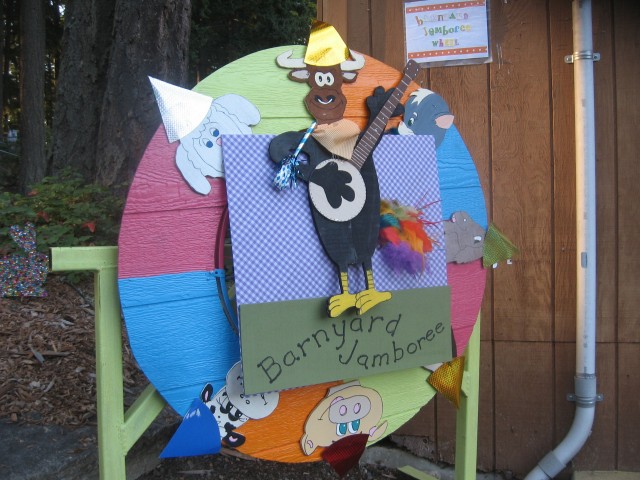 Nevertheless, crowds seemed light, especially on Saturday afternoon and evening around the food vendors, but the entertainment was top-notch and attracted a solid audience.

Back for his third year at the PC Fair, comic-magician Jeff Evans entertained a full house on the main stage, and was followed by the always-popular hypnotist, Ron Stubbs.

Stubbs hypnotized about twenty teenagers who, in their trances, produced howls of laughter as they pranced as ballerinas or sang rap tunes in Japanese.  Perhaps the highlight of the show was one young man who was convinced that he was a lifeguard and that certain audience members, including Ms. Backstrom, were urinating in the pool!

Jeff Evans, who mingles street magic with comedy, poses with some of his fans.

The 4-H areas were also well-attended with fairgoers and competitors.  The Equestrian arena was packed with cheering friends and family as youth participated with their beloved steeds in barrel races and other competitions.

Also, the Dog Barn was another popular venue, and replete with many members of the Pups and Paws from Puyallup or their cross-town rivals, Hoof Beats and Paws.

As in years past, the Hill and Dale Garden Club produced an elegant flower and garden display, although the diminished size of the garden produce seemed to reflect this summer’s cool temperatures and lack of sunshine. 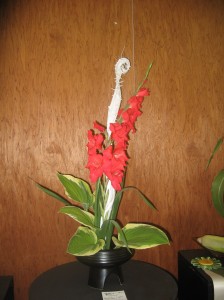 Another crowd-pleaser returned this year – the “Hunters of the Sky” exhibit hosted by the Sardis Raptor Center of Ferndale, Washington.  This organization employed several knowledgeable youth who ably informed the public about the live eagles, hawks and owls on display, and the birds did their part by flashing claws several inches long and fluttering their up-to-three-foot wing spans.

Billy Russell and his Coal Train Express honky-tonk band was back again and entertaining dining guests in the vending area, where the chicken dishes by the Asian Grill were widely considered to be the best food at the best price.

Among the non-culinary vendors, the Democrat and Republican booths has a steady stream of folks commenting on both regional and national politics.

At the Republican tent, voters were proud to notch their vote for Michelle Bachman in a poll of current presidential nominees, but conversations drifted mostly into local concerns, such as relief over the postponement of the controversial proposal of the Pierce County Council to reduce their number from seven council districts to five.

“It would save about $548,000 a year in salaries,” announced Deryl McCarty, who represented Rs on the recent redistricting project that re-configured the current seven council districts and for the first time unifies Graham and Frederickson in one political zone.

“But, those savings could buy us a couple of cops,” McCarty added.

Over at the Democrats, discussion ranged big and small, and included musings on the possibilities of US Congressman Dennis Kucinich relocating to Washington and running as a candidate in the new congressional district that will be formed this fall due to our burgeoning population.

However, the big topic of conversation was the recent flap over the candidacy of Joy Cook in the Bethel School District school board election, and Democratic Party official Marianne Lincoln elucidated the controversy for the Mountain News.  Note:  Ms. Lincoln is also a Bethel School board member.

Benjamin Hicker, 15, and "Emma," from the Coolest Canines 4H Club

Ms. Cook has ably served the families and students of the BSD for the past sixteen years and is up for re-election this year.  However, she has just announced that her husband has taken a job in Arizona and that she will be leaving the area – and her position – sometime in the future.

The tumult, fueled by BSD board member Ron Morehouse, stems from a concern that Ms. Cook’s non-specific departure should disqualify her immediately.

However, Ms. Cook has claimed that she will resign as soon as she sells her house, which could take awhile in this uncertain economy, and since she still lives in the district and will continue to do so for the foreseeable future, she wants to continue serving on the board.

Countering Morehouse and his supporters, Joy has reportedly told constituents that if they have a problem with her running they shouldn’t vote for her.

Most folks seem content to let Ms. Cook stay on the board until she leaves to join her husband, but a second issue then emerges: who would be appointed to serve out the remainder of her term until a new election for her position would take place in 2012?

“There are no ground rules for determining that,” said Herb Dempsey, former Bethel teacher and president of the Bethel teachers’ union, and long-time Democratic Party stalwart.

The none-too-bashful Herb Dempsey at the Pierce County Fair

Where else can one chew on these tidbits of local concerns and watch a beautiful sunset through the trees – only at the Pierce County Fair!

Pictured above:  a portion of a huge contingent of 4H dog lovers.  Here, l-r, are Carly and Halette, Sharon and Sadie, Samanatha and Calliope, Renee Ashley (a mother!), Madelyn and Suzzie, Liane Johnson (another parent!) and Thomas and Shadow.

Below:  More dog lovers at the 4H barn.

This group is from Pups and Pals in Puyallup, and specialize in agility, obedience training and showmanship 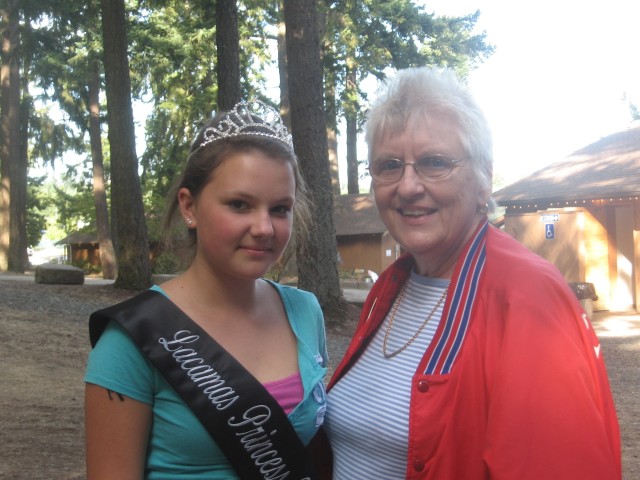 PC Fair Director Betty Backstrom with Princess Cassidy Wood, 14, who is representing the next local festival – the Lacamas Fair in Roy, on August 27-28..

Note:  The photo of Jerry Lassiter eating corn, and Benjamin Hicker posing with his dog, Emma, are provided courtesy of Karelina Resnick.  Thanks to all!

For more information, please click on our ad in the right-hand column